Punit Dhillon to continue as President and Director of OncoSec

SAN DIEGO, Nov. 7, 2017 /PRNewswire/ -- OncoSec Medical Incorporated ("OncoSec" or "Company") (NASDAQ:ONCS), a company developing DNA-based intratumoral cancer immunotherapies, today announced the appointment of Daniel J. O'Connor as CEO of the Company.  His appointment is effective immediately.  Previously, on September 7, 2017, Mr. O'Connor joined the Company's Board of Directors.  Mr. Punit Dhillon, co-founder of OncoSec, will continue to serve as the Company's President and a member of its Board of Directors.

"We are pleased to welcome Dan to OncoSec at this important time, and believe he is uniquely qualified to lead the company through the successful completion of its phase 2b registration directed trial, PISCES/KEYNOTE-695 in patients with unresectable metastatic melanoma who have progressed or are progressing on an anti-PD-1 therapy," said Avtar Dhillon, Chairman of OncoSec. "Dan is a proven leader with a strong track record of success and brings exceptional strategic and operational expertise in building thriving, successful biopharma companies."

"The Board and I want to thank Punit Dhillon for the contributions he made to OncoSec which positioned the Company for the next stage of growth and shareholder value creation."

"Dan's history commercializing and licensing cancer immunotherapy products is vital as we continue to progress our lead melanoma program through clinical trials and registration," said Punit Dhillon, President of OncoSec. "I am excited to welcome Dan as OncoSec's CEO and look forward to working with him to continue to advance the Company's intratumoral cancer immunotherapies."

Mr. O'Connor has 20 years of executive, legal, and regulatory experience in the biopharmaceutical industry, including CEO and other executive leadership positions at Advaxis, Inc., ImClone Systems, Bracco Diagnostics, Inc., and PharmaNet (today, inVentiv Health).  Most recently, Mr. O'Connor was the President, Chief Executive Officer and Director of Advaxis, Inc., located in Princeton, NJ, from 2013 until 2017.  As CEO of Advaxis, Mr. O'Connor uplisted Advaxis onto NASDAQ and, in five years raised more than $250 million in funding, transforming it into a patient-focused, fully-integrated, leading cancer immunotherapy company with collaboration partners including Amgen Inc., Merck & Co., Bristol Myers Squib and AstraZeneca.

At ImClone, Mr. O'Connor served as Senior Vice President, General Counsel, and Corporate Secretary where he supported the clinical development, launch, and commercialization of ERBITUX® and resolved several critical corporate issues, including extensive licensing negotiations, to facilitate ImClone's sale to Eli Lilly in 2008. While at PharmaNet (today, inVentiv Health), Mr. O'Connor served as General Counsel and was part of the senior leadership team that grew the company from a start-up contract research organization to a leader in clinical research.

Mr. O'Connor is a 1995 graduate of the Penn State University's Dickinson School of Law in Carlisle, Pennsylvania and currently serves as a Special Advisor to its Dean.  Mr. O'Connor graduated from the United States Marines Corps Officer Candidate School in 1988 and was then commissioned as an officer in the U.S. Marines, attaining the rank of Captain and serving in Saudi Arabia during Operation Desert Shield.  He received the National Service Metal and the Southwest Asia Service Medal.  He is a former New Jersey criminal prosecutor. In 2017, Mr. O'Connor was appointed Vice Chairman of the Board of Trustees of BioNJ, leveraging his experience to guide and support the organization's mission of fostering the innovation of research-based life science companies in the New Jersey region. In October 2017, Mr. O'Connor was appointed to the New Jersey Biotechnology Task Force by Governor Chris Christie.

"I am delighted to join Punit and the Company at this important time and look forward to guiding the continued development of its strong, intratumoral pipeline," said Dan O'Connor.  "I am eager to work with our Board, senior management and the entire organization to execute on our promising future, delivering on the Company's long-standing goal of positively impacting the lives of patients with cancer. I believe ImmunoPulse® IL-12 in late-stage melanoma, when used in combination with pembrolizumab, can reshape the tumor microenvironment and converting "cold" tumors to "hot," potentially improving clinical outcomes in patients predicted to not respond to anti-PD-1 therapy."

About OncoSec Medical Incorporated
OncoSec is a biotechnology company developing DNA-based intratumoral immunotherapies with an investigational technology, ImmunoPulse®, for the treatment of cancer. ImmunoPulse is designed to enhance the local delivery and uptake of DNA-based immune-targeting agents, such as IL-12 (tavokinogene telseplasmid [pIL-12] or "tavo"). In Phase 1 and 2 clinical trials, ImmunoPulse® IL-12 has demonstrated a favorable safety profile, evidence of anti-tumor activity in the treatment of various solid tumors, and the potential to reach beyond the site of local treatment to initiate a systemic immune response. OncoSec's lead program, ImmunoPulse IL-12, is currently in clinical development for metastatic melanoma and triple-negative breast cancer. The program's current focus is on the significant unmet medical need in patients with melanoma who are refractory or have relapsed on anti-PD-1 therapies. In addition to tavo, the Company is also identifying and developing new immune-targeting agents for use with the ImmunoPulse platform. For more information, please visit www.oncosec.com.

Cautionary Note Regarding Forward-Looking Statements
This press release contains "forward-looking statements" within the meaning of the U.S. Private Securities Litigation Reform Act of 1995, including statements about OncoSec's business strategies, including advancement of its lead melanoma program and its broader clinical portfolio and plans to pursue collaborations with industry partners, as well as the potential contributions and impact of new directors on these strategies. In some cases, you can identify forward-looking statements by terminology such as "may", "should", "expects", "plans", "anticipates", "believes", "estimates", "predicts", "potential" or "continue" or the negative of these terms or other comparable terminology.

Forward-looking statements are neither historical facts nor assurances of future performance. Instead, they are based on management's current preliminary expectations and are subject to risks and uncertainties, which may cause OncoSec's results to differ materially and adversely from the statements contained herein. Potential risks and uncertainties that could cause actual results to differ from those predicted include, among others, the following: the status, progress and results of clinical programs; ability to obtain regulatory approvals for, and the level of market opportunity for, OncoSec's product candidates; OncoSec's business plans, strategies and objectives, including plans to pursue collaboration, licensing or other similar arrangements or transactions; expectations regarding OncoSec's liquidity and performance, including expense levels, sources of capital and ability to maintain operations as a going concern; the competitive landscape of OncoSec's industry; and general market, economic and political conditions; and the other factors discussed in OncoSec's filings with the Securities and Exchange Commission, including its annual report on Form 10-K for the year ended July 31, 2017. 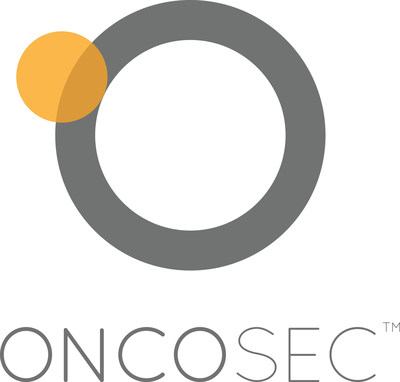